Eastern astrology has significant differences from western astrology, but that does not mean it has a wide difference. The Chinese zodiac is considered very complex to determine nature, luck and living in harmony with the universe.

Astrological stories from ancient China, spiritual masters at that time, were considered responsible for contributing to the stability and welfare of the people. After centuries of diligently recording seasonal, agricultural, astronomical and physical cycles, the theory of human nature also began to develop.

The history of the Chinese astrological system is also recorded, in the classical philosophies of Kongzi (Confucius) and Laozi (Lao Tzu).  These sages became famous psychologists and consultants of their time.

With the development of the art of reading since the era of the emergence of the Chinese writing system, and finally, the astrological system became integrated with other philosophical works.

This universal psychological wisdom began to be developed in 500 BC and was communicated orally, which was eventually completed and recorded in the text of the I Ching, or “Book of Changes”. The insight into a person’s personality, lifestyle, and emotional structure is simply astounding.

Every human being is born with a certain Ming (destiny) in this life. The phrase for fate in Chinese is Ming Yun. Mentioned as a form of the purpose of life of each individual, or as the real reason is the cause of its existence. Fate is considered to be in motion when an event is happening as it was intended. While Tian ming which means “destiny,” or “daily” humans, when fate (soul and spirit) is in harmony with the worldly person.

As for the term, “luck” itself is considered a less clear expression. We know what luck is, like knowing that the impact of an event is seen as good or bad. Although this lucky blessing cannot be seen with both eyes, it is seen in the process of everyday life.

Eastern philosophy says that there are three kinds of luck.

Stories of the laws of nature that apply in the physical world work the same way in all the spiritual worlds. Chinese astrology is a form of “mental quantum physics”. Just as gravity causes an object to fall to the ground, so too are the psychophysiological laws that show that every action has a logical consequence. By understanding this way, humans are considered to be able to shape destiny with free will and choice.

“in every action, there is an equal and opposite reaction.” -Newton’s third law

Each symbol is a form of a balanced combination of positive and negative attributes. The might and courage of a tiger will be seen as a form of hasty nature or acting without thinking. A dog with vigilance and loyalty can be overly alert and very possessive. While the behaviour and friendliness of a Rabbit can be expressed as a form of shy nature and does not like to be tied down.

Chinese people in the past believed that stories were the source of all life forms was a balance between heaven and earth.

These two parts are represented in the Chinese symbol known as Tai Qi, or what we know as the Yin and Yang forms. 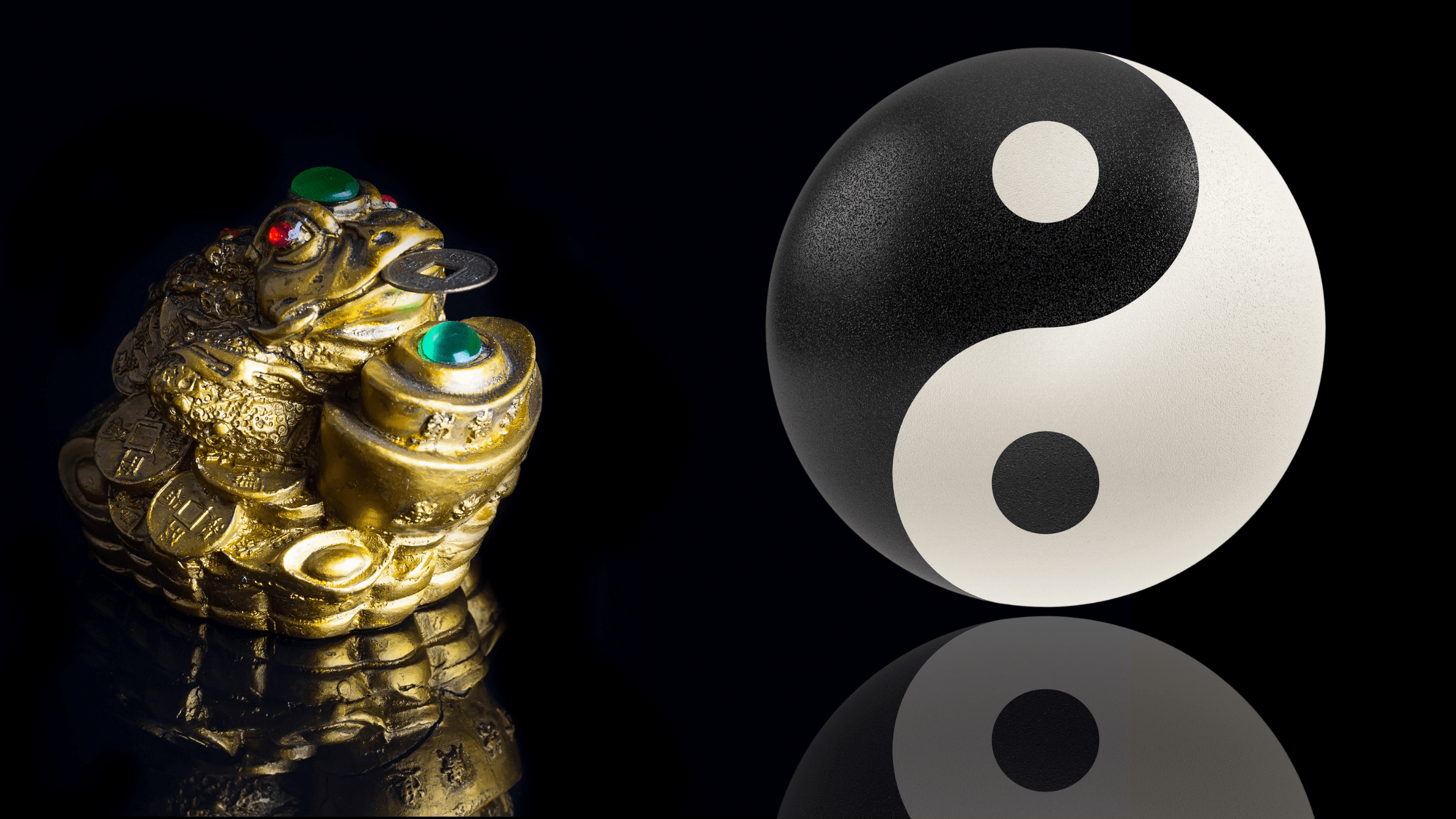 While Qi (pronounced Chee) is a form of the life force itself. A combination of “heavenly luck” (God’s soul) and “man or earth luck” (human character). One is Yin and the other is referred to as “Tao” which means “way”.

Tao is a term from ancient Chinese philosophy stories for the principle of order that causes harmony. In the ancient text Tao Te Jing, the Chinese philosopher Lao Tse formulated a philosophical system that introduced the concepts of health and well-being through awareness of the cycles of the universe.

This awareness of life, he argues, is the way to find “balance” and reach a “satisfied mind.” According to this principle, Tao gives birth to a perfect unity that carries Yin on its back and embraces Yang in its arms. This fusion of Qi then becomes balanced and harmonious. It is the principle and root of the beginning of life and death, as well as spiritual enlightenment.

Although man lives on Earth, and his life is suspended far from heaven. But man is a spiritual being who occupies a physical body. When heaven and earth combine Qi, it is called life. All living things need Qi to be able to survive and carry out their life cycle. Qi brings both good and bad luck.

Some people might think that they were born in the year of the animal, which doesn’t seem like a very cool symbol. As in the dragon symbol that looks so dashing and important. While symbols (such as pigs) are considered less impressive.

The stories Each animal is designed as a symbolic form of archetype and represents a certain psychological behaviour. Each style of individuality is considered to occupy an important position in the balance of the universe.

The Asian zodiac uses the calculation of annual periods or lunar years, rather than using the moon as a guide for their signs.

Each of the twelve signs of the beast begins on a different day from mid-January to mid-February and lasts for one year.

Each sign will repeat every 12 years, but the specific combination of the animal sign and element will only occur once every 60 years.

Our hope for our readers is to be able to discover the treasure trove of ancient knowledge and hidden powers that form the basis of your personality.

Excited to start this new adventure. We hope you get an answer from this “self-discovery”.